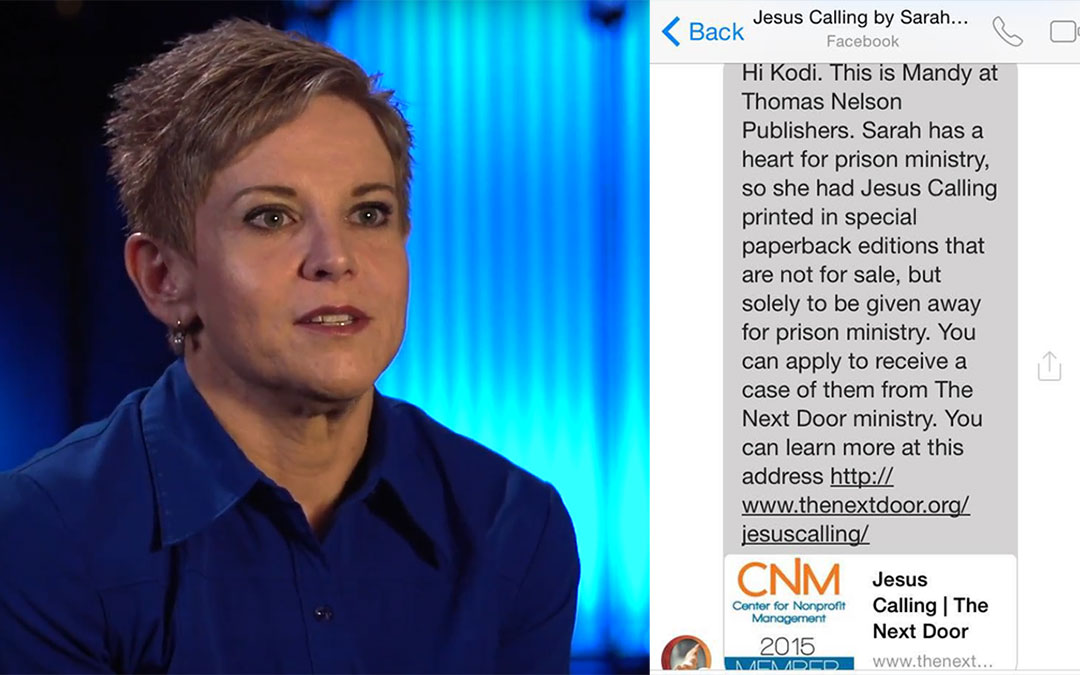 Seek God’s will and He will make a way!

This goes back to a course of events set in motion YEARS ago when a dear friend shared in a women’s Bible study group I’m in about the book, “Jesus Calling.” The book, a daily devotional, is genuinely inspired by Scripture. Every day, it somehow communicates to me exactly what I need that day. The devotions are short, but deep, and provide the Scripture references of inspiration, which gets me into the Word while I check them.

Daily, as I would read my devotion, I began to feel in my heart that we need to give a copy of this book to every lady we meet in our jail ministry. I especially like how it’s dated & I feel like it’s a way to show them, “God brought you HERE, NOW for THIS message.

However, the least expensive copy I could find at the time was still $5/each and I’d have to order 100 just to start. I can’t commit to purchase all of those books myself going forward indefinitely. I started thinking — maybe I could do a GoFundMe, or ask for sponsors — nothing felt right, though.

The feeling only got stronger and finally, one night as our ministry team prayed in the classroom before the guards brought in the inmates, I shared with the team my feelings. I asked only that they would join me in praying that God would show the way if that’s what He wants.

Later that night, after our session was over, one of our team members, Kodi, messaged “Jesus Calling’s” facebook page and explained what we were trying to do.  She admitted that she didn’t really think she would hear back.

One week later, to the day, when she was once again on her way back to the jail to meet with our team and the inmates, she received a response which communicated the author’s shared passion for this ministry. GOD IS SO GOOD! He didn’t WANT us to find a way to fund it — He wanted us to TRUST Him and He wanted to show off a little.

Because of this, we have passed out hundreds of copies of the book and lives have been forever changed — my own included. 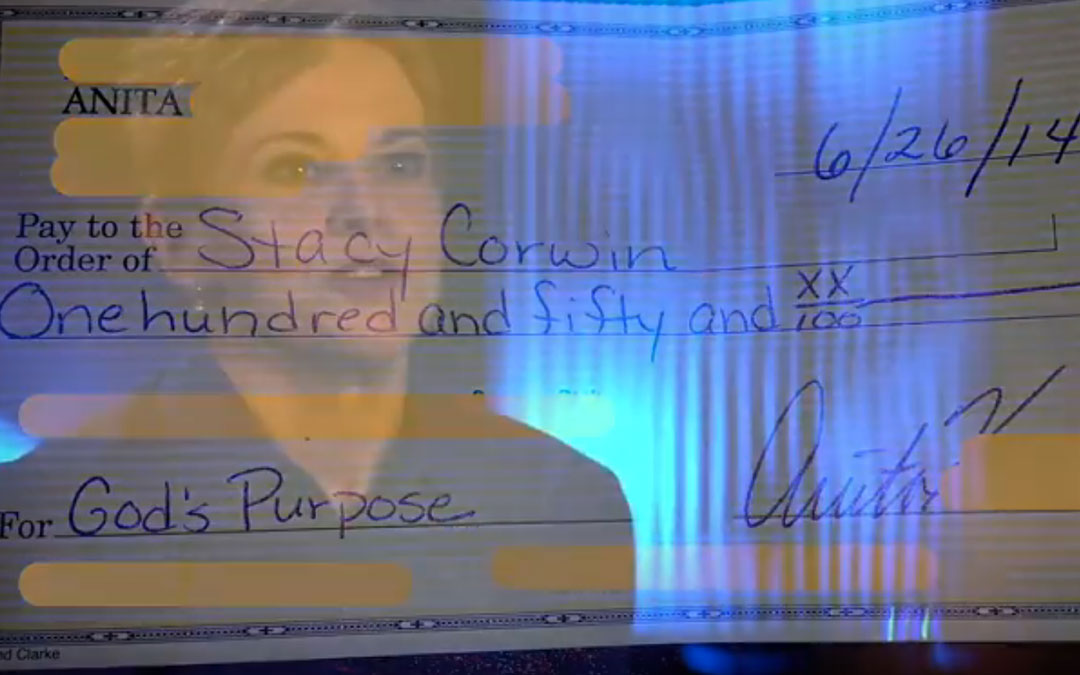 A reminder that God’s ways are always better than our own.

After a long road of searching for a place for Erica to live after getting out of jail, we had finally found her a place — but there was a small detail of 2 nights that were not accounted for. God showed off in a mighty way, proving once again that there is nothing He won’t do for those who trust in Him.

It’s an incredible story of how God stirred in one heart, states away, to take action. In doing so, He magnified the blessing of His provisions and every time the story is shared, He is glorified again. 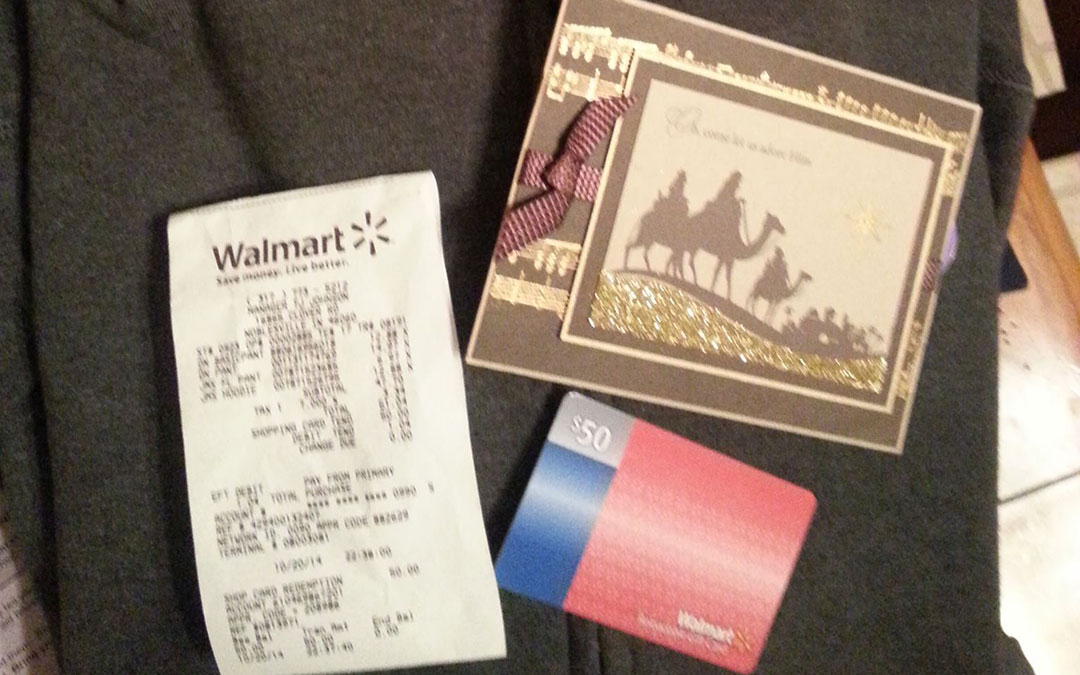 The Story of how God works through His people to love others.

I remember the night like it was yesterday. It was the 6th and final session of ALPHA with the higher-security population of the Hamilton County Jail. Through a series of circumstances (which I am now quite sure was God’s design), the three of us volunteers who were there that night ended up with only one inmate in our group.

She had attended all of the sessions and the first night she came in with a chip on her shoulder and a thick wall of protection. This sweet woman admitted that she had only come because the chaplain stood there so long yelling for people to come that she realized, “He wasn’t going to shut up until someone came!” She thinks that is why she was there.

She explained to us her anger toward Christians — how she had been made to feel harshly judged, unwelcome, and unloved by her family and people in her church. By people who professed to be Christians. She joined the military and found it ironic that part of her service included protecting Christians in a country where they were not free to practice their faith.

It took a couple of weeks, but by loving on her, listening to her, and making her realize that sometimes, followers of Christ miss the mark on the greatest command — to love the Lord and to love others. And that last night, we enjoyed some laughs with her and celebrated how God had worked on her heart over the time she spent in jail.

She had good news for us, too — she was being released the following morning. We were excited for her, and asked if there was anything we could do for her. At first, she hesitated, but finally admitted that she had put on a lot of weight while incarcerated (not unusual). Embarrassed, she confided that she feared the clothes she wore when booked in, which were all she had, would no longer fit her. All she wanted was, “just some sweat pants or something, and a jacket,” since she didn’t have one when she was booked in.

I joyfully told her how just before coming to the jail that night, I had received in the mail a gift card from my, “anonymous benefactress,” for God’s purpose. She had sent a $50 gift card for Walmart. That would, of course, be more than enough to get some sweat pants and a jacket. The look on her face was priceless. For her to understand that God not only anticipated her need, but saw to it that it was provided for overwhelmed her.

After leaving the jail that night, I went straight to Walmart, where I not only purchased some sweat pants, sweat shirts, and a fleece jacket, but I also told everyone I ran into about my mission and how God blessed one of His children in an incredible way.

I love when God shows off. 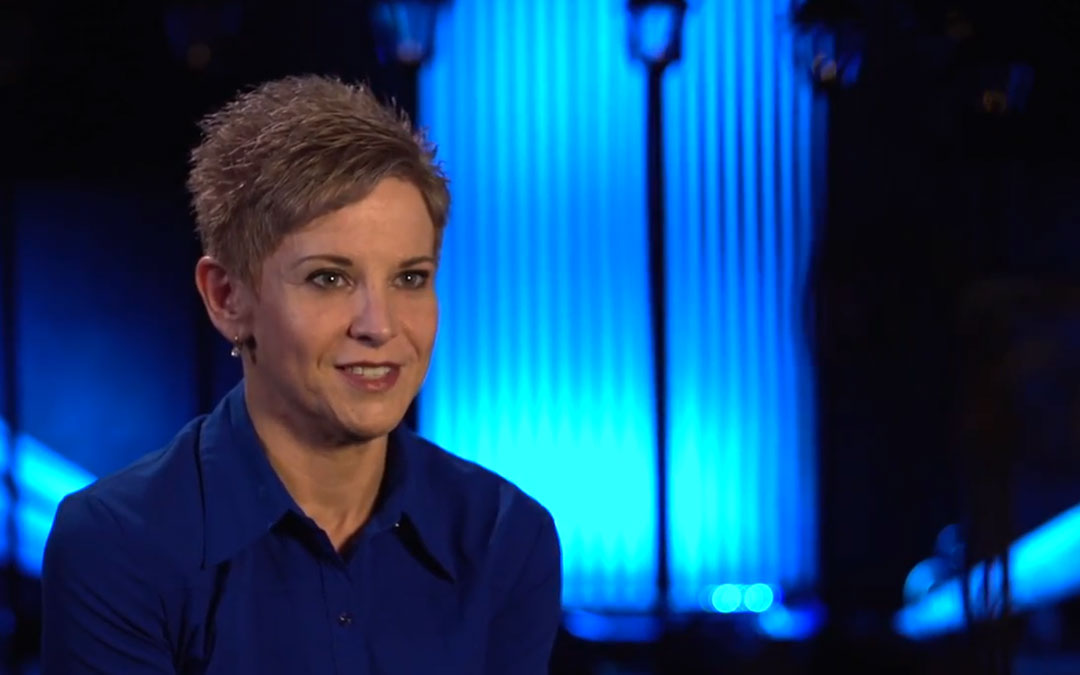 God Sent Me To Jail

God Sent Me to Jail

The Story of how God Called me to Jail Ministry

I still remember when our church launched a jail ministry. I worked in church office at the time and I remember running the announcements in the bulletin about sign-up and training.

“That’s not for me,” I remember thinking to myself. Perhaps what I really meant was, “I’m not for them,” because I truly believed that my nature — judgmental and lacking mercy — would not make me a good ambassador for Christ in that environment.

So later, when I started to feel like the Holy Spirit was nudging me in that direction, I ignored it at first. But over time, the nudge became a shove and the whisper became an undeniable command. Since I was studying the book of Jonah at the time, I knew all too well that, if God wills that you will go somewhere, He can get you there any way He chooses. I thought it might go easier on me if I went willingly.

I remember the Thursday night I sat in church and told God, “OK. I will go.” After church, my family went to dinner and while we waited on the food to come, I texted Fred Knoll, the staff pastor over the jail ministry, that I had decided to join the ministry. “What is my next step?” I asked.

I will never forget the reply because it burned into my soul like a branding iron.

“There is a mandatory training this coming Monday or another in 3 months. I’m not going to tell you what to do, but delayed obedience is disobedience.”

Little did I know at the time that there was a very specific reason I was called at that moment. In just a months, the leader of the women’s team was soon to suffer a major heart attack and would ask me step into her role as she recovered.

What if I wasn’t there to answer that call? God would have found someone — His will cannot be thwarted. But I would have missed out on blessings for which I am eternally grateful.