Complications | Gag Me With an Endoscope 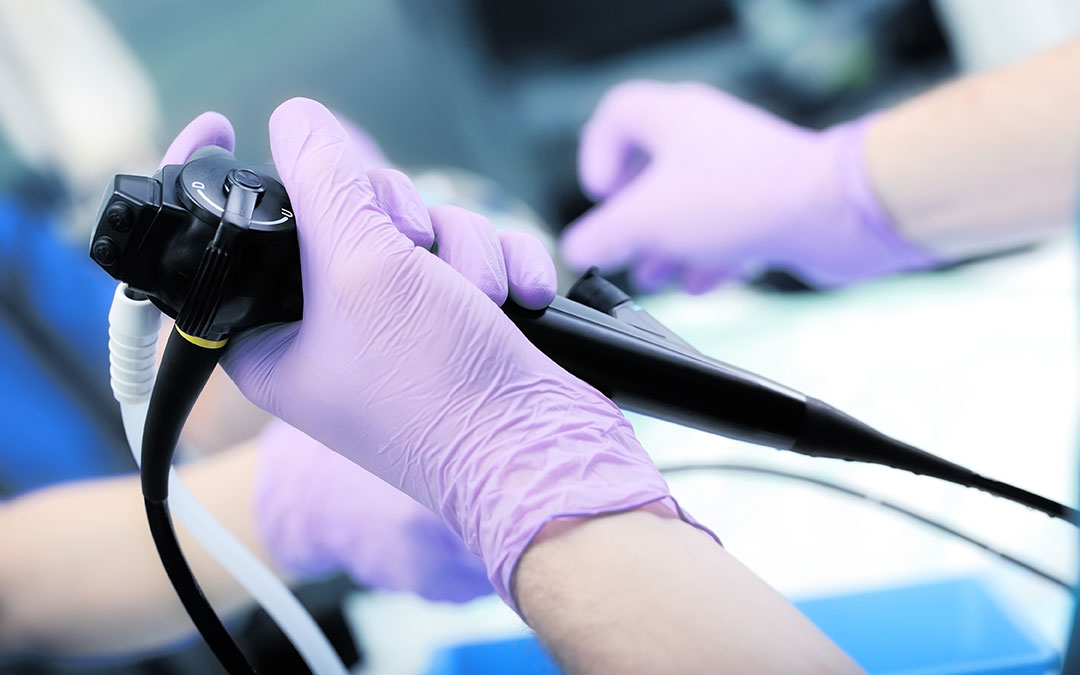 Let me get you caught up. For nearly my entire life, I had struggled with insecurity regarding my weight and I used food to comfort myself. Eventually, after failing by my own attempts, I had my mouth figuratively sewn shut. A few months after bariatric surgery, the most “solid” food I could eat was eggs and I was beginning to gag on them. So you can imagine how happy I was. Then, it got worse. Much worse.

I don’t remember exactly how it started, but I started throwing up a lot more often. I found myself with that painful feeling of, “something is stuck,” nearly every time I ate. By that point in my recovery, I should have been healed and past that unless I ate something that was ill-advised.

I started chewing more, reverting to the more liquid foods, but before long, NOTHING stayed down. Actually, it wouldn’t even GO down. After about a week, I had to call the surgeon. The lady who answered my call acted like this was totally routine and practically diagnosed me over the phone. Scar tissue had likely closed my gullet almost entirely. Oh. Is that all?

She scheduled me for a scope where they would determine if that was, in fact the issue, and if it was confirmed, would re-open my craw. During the out-patient procedure, I would be given the kind of medicine that doesn’t completely knock you out, but makes you really loopy and erases your short-term memory (like Nyquil). But when I came to, they confirmed that the diagnosis was correct and had been treated.

I could eat again! But still, of course, not like before. But after several days of hardly any nourishment, my body was quite literally starving. Able to swallow again, I recommenced my recovery…

…until it happened again.

I tried to deny it, but the symptoms were the same. Within weeks of having the first procedure, I was again gagging on everything I tried to eat. Again, I called the surgeon, expecting the nurse to be shocked! They would probably want to publish an article about me because this had to be unusual indeed! But, no. “Oh, yeah,” she said dismissively, “It probably happened again. It’s pretty common, really.”

Well, for me, it was anything but common. Another day-long out-patient procedure. Another drug trip where God only knows what I said (and I fear there is video, just waiting to be used to blackmail me), another avenue for doubt and depression creep back into my life. Hungry, depressed, malnourished, and still fat — this is everything I had hoped for!

I can’t be sure, but I think that time, they were a little more aggressive in removing the scar tissue, because I remember going to a restaurant on the way home and eating bacon and fried eggs. I promptly threw them up, but the did go down first. This was, of course, after I absolutely insisted that David stop at the local car wash on 10th Street in Noblesville and have our car detailed inside and out — true story. I was still on drugs, but apparently scared him enough that he didn’t resist.

But I did heal much more quickly this time, and to my great bliss, I very soon found myself able to eat a wider variety of foods. I realized this could be dangerous, but I was so HUNGRY — both for nourishment and for the familiar comfort given me by my favorite foods — that I didn’t really care.

I was still restricted by the size of my stomach as to how much I could eat at a time, so I continued to lose weight, but not as quickly. My weight loss eventually plateaued altogether about 18 months after surgery, but I was still technically considered overweight, though no longer morbidly obese. I wish I had journaled my weight because I don’t remember the exact time line, bu when my weight loss plateaued, I was hovering between 140 and 150 pounds. At 5’2″ tall, that was still more than ideal. I felt better, no longer felt HUGE, and would have been perfectly satisfied to stop right there. But I didn’t. (More about that in a minute.)

I read somewhere that the #1 weight-related health problem in the United States is malnutrition. I don’t know if it’s true, but it made me think. Even when I weighed nearly 300 pounds, I was malnourished because in all those thousands of calories I shoveled down my throat every day, I wasn’t giving my body the nutrients it needed to thrive and be healthy, and I was giving it even less when my intake was severely restricted.

I wasn’t very good about following my supplement regiment — I didn’t get nearly enough protein, so I lacked muscle tone. I wasn’t eating healthy fats, so my skin was dry and pasty looking. I got tired of gagging on the multi-vitamins and chewable calcium tablets and my hair began to thin a little. My nails became brittle and even though I felt better since I wasn’t carrying around so much extra weight, I was tired and sometimes had trouble focusing.

This is the worst part. This is the worst complication of all. This is where I realized I hadn’t really changed anything at all. Less than two years after having surgery, I started to put weight back on. What had fluctuated between 140 and 150 pounds was suddenly staying steadily in the 150’s, then 160’s.

I remembered sitting in the information seminar before my surgery, being told how many patients put back on some, all, or even more than the weight they lost. I remember thinking, “how foolish can they be to go through all that and end up right back where they started.” 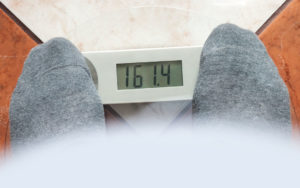