Letter to the “Before” Me 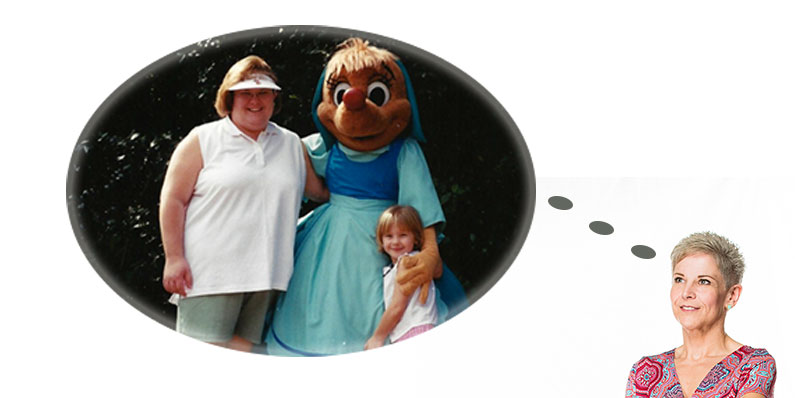 Oh, how I hated you.

I was afraid you would be humiliated when you inevitably found yourself too large for a standard airplane seat belt or a roller coaster car and would have to exit the ride in disgrace. I condemned you when the doctor diagnosed you at age 27 with “insulin resistance,” and informed you that Type II Diabetes was on the horizon. How could you be so careless?

It was you who gave up the junk food that you so enjoyed but left you empty and tired. It was you who didn’t let the setbacks derail the entire process. It was you who made some very difficult choices — choices that cost you a lot — because you were serious about change.

It was you who sweated to the oldies with Richard Simmons every morning for months until you had every step memorized. It was you who eventually had to tell Richard you needed more of a challenge and that you were going to start seeing Billy Blanks. It was you who had the brilliant idea to buy some free weights and use the living room coffee table as a weight bench.

It was you who asked for a REAL bench and weight set for Mother’s Day years ago. It was you who decided that buying some more equipment was a better way to reward yourself than a piece of pie. It was you who finally gathered the courage to join a gym and realized we were well worth the $19.95/month.

It was you who slept in your workout clothes every night so you’d have one less excuse to not get out of bed at 4:30 AM  so you could be there when the gym opened at 5:00. It was you who conquered your fear and walked into the free weight section when you realized the machines were not practical or effective. It was you who didn’t let the guys with big chests and tiny legs scare you back to the elliptical machine and nautilus equipment with, “the geeks and other women,” as one of those guys suggested.

It was you who read every book you could find, researched muscle groups and how they function, and built years’ worth of challenging and effective workouts — then DID them faithfully. It was you who logged months and months of workouts, charting your progress and documenting the journey. It was you who battled injury and kept going, who suffered the DOMS (delayed onset muscle soreness) and didn’t quit. It was you who committed to bench press your body weight and squat with 200lbs of iron across your back — and did it.

It was you who died so that I could live.

So that I could live healthier, happier, stronger, and better.

I wish I could go back to that day you did that first pull-up and celebrate with you. I wish I could tell you how awesome that is and that I can do several pull-ups now because you did one. I’m healthy because you were strong. I’m disciplined because you were committed. I’m here because even though you suffered some setbacks along the way, you, “Before,” never quit. I won’t quit either.

I am no longer ashamed of what you were. Instead, I have finally learned to be proud of what you did. I wish I had more pictures of you because you are gone now and some people have forgotten you ever existed. I haven’t forgotten. I’ll never forget, but you understand that I can’t ever let you come back because to do so would be to pretend your sacrifice didn’t matter.

“Before,” to thank you, I am going to share my story with others who may be struggling with some of the same issues. I will share my story with other, “Befores,” out there, and hope that they, too, can find the help, the strength, and drive to bring about change for the better. I know there may be some who find fault with parts of the story and the choices we made. But, “Before,” you made sacrifices and endured a lot to get me to this point. I’ll take it from here because one person who finds inspiration and hope to change is worth any number of critics. 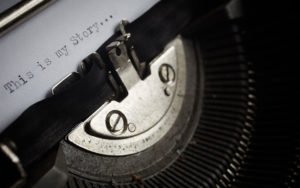