A Different Kind of Christmas Party 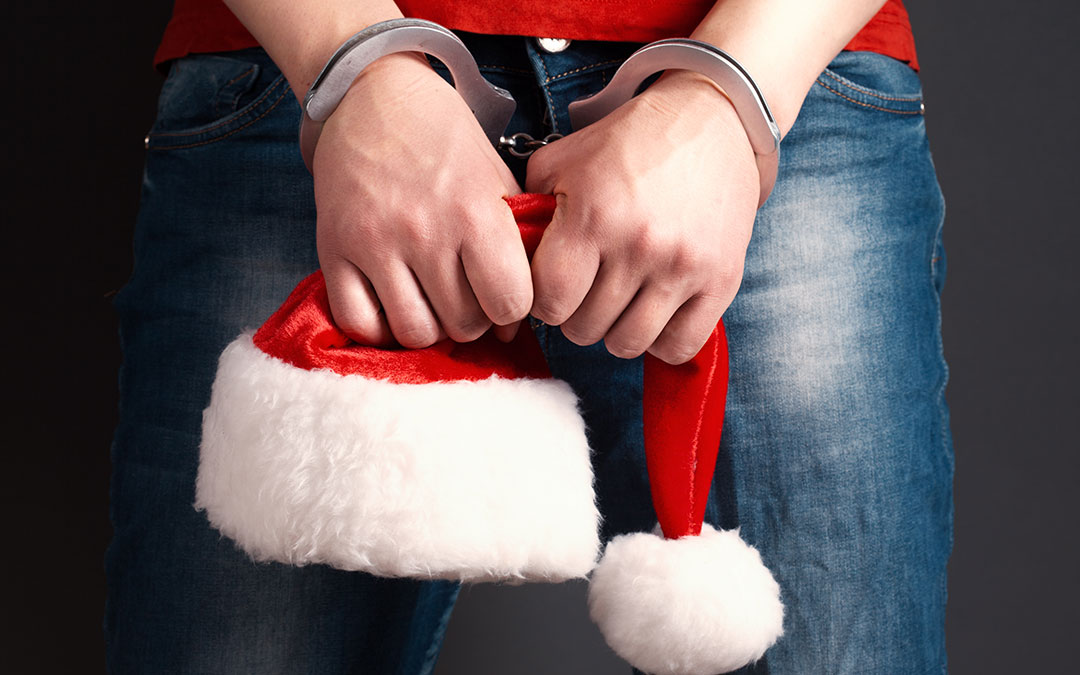 I document the many incredible miracles I have seen in jail ministry for my own sake — that my faith would be continually refreshed and strengthened. I want to share some of them so that God can be glorified and that your faith might be restored or beautifully magnified. This is from my journal, two years ago today. I’ll be in the Hamilton County Jail tonight, making more memories.

I had an amazing experience today that I will always remember. Nearly two years ago, I met a woman in the Hamilton County Jail. I will just call her Z. The first time I met her, she was incredibly angry and did nothing to hide it.

We had nothing in common from the world’s point of view. She was born and raised in TN as a Muslim. I was born and raised a Christian in Indiana. But over the next few months, she continued to come to our group and invited me to visit her one on one as well.

After several months, she told me she was going to be released to Community Corrections (Work Release). Together, we excitedly prepared for the next stage of her life. As part of that, I collected just about everything on the “allowed property” list so that she would be well set when she moved over there. Several friends of mine helped to collect clothes, toiletries, shoes, a coat, and everything else she was allowed. I documented the campaign in the post, “God Provides.”

Every day I called to see if she had been moved yet so I could bring her things to her, and every day, I was told she had not. Soon, I learned that instead of being released to Work Release, she was going to be extradited to TN to face federal charges. I was so disappointed that the efforts to which so many had gone to collect items for her would be for nothing that I didn’t even think about what this meant for Z. If convicted, she could face 30 years in prison. She is in her late 30’s — that would effectively be a life sentence.

In the days prior to her transfer, I went nearly every morning to see her, knowing that at any time, with no notice, she could be taken. I remember that last morning I saw her — on my way in to the jail, I actually prayed she wouldn’t be there. I didn’t know how much longer I could pretend that her situation was anything less than bleak.

But she was there, and we talked and prayed. I left that morning feeling glad I had seen her, and regretting how I had felt.

The next morning, she was gone. Off to TN to face her charges. I assumed I would never see her again.

Yesterday morning, I got a call from the familiar number — the 866 number that alerts me to a call from the corrections system. I didn’t know who it might be, and was SHOCKED to hear, “Miss Stacy. This is (Z). I’m back and I’m at Community Corrections.”

I couldn’t believe it! She had only received 8 months (not 30 years.)

She has a few more months to finish here at Community Corrections now, but it was like we got to pick up where we left off — where we thought we would be a year ago.

This afternoon, she called me again. I had asked her to call when we could talk more about what she needs to get going — to find a job, to be able to get to work, etc. But she also told me they had visiting hours tonight at 6:00 p.m. and they were allowed to invite someone. All her family is in TN — she has nobody around here. She asked if I would come and be her family.

I figured it would also be a great opportunity to get her some supplies, so I asked her what she most needed and told her I’d get what I could and I’d see her at 6:00. I had $100 in Walmart gift cards that secret Santas had sent me. Yes, I went to Walmart the Saturday before Christmas. That in itself is a miracle.

I fought the crowds, gathered what she had needed. I found a coat, underclothes, shoes, some shirts and some pants — in my mind, it had totaled around $125. I figured I would just pay the difference.

But when I got to the register, after waiting about 30 minutes to be rung out, the total came to $99.06. I had watched her scan everything. I handed her the four $25 gift cards and headed to visiting hours.

I visit the jail regularly, not so much this other facility. I wasn’t sure what to expect as I carried the bags to the door. Taped to EVERY SINGLE DOOR was the warning: NO PURSES, NO CELL PHONES, NO PACKAGES, NO GIFTS OR BELONGINGS WILL BE EXCHANGED DURING THE EVENT.”

Discouraged, I carried everything back to the car and put it in the trunk, then returned, hoping a hug would be enough. I walked in, checked in, and walked through the metal detector. I was so engrossed in the the process I didn’t even notice Z who was standing right there — she had been waiting for me. She said, “I didn’t know if you would come.”

Come to find out — this was more than “visiting hours.” It was a special event sponsored by a local church — a Christmas dinner for the residents. She walked me to the room, which was FULL of residents and their families. As I saw all of these people with their loved ones, I imagined how awful it would be to be someone who didn’t have anyone to come and enjoy this time with you.

But Z wasn’t the only one I knew there. There were several women there who I had met in jail and didn’t know if I would ever see again. What a blessing it was to see them looking well and how humbling it was to be so welcomed by them. Another young lady, “C,” was also there with no family or friends able to come visit. So the three of us sat together and had an absolutely wonderful time.

It was a feast. And as person after person served us, something became immediately clear to me — the volunteers had no idea if they were serving residents or visitors. And they treated each of us the same. And we WERE the same. We were just women — girlfriends, catching up, laughing, and enjoying carbs.

Even when I go into the jail each week — there is a separation of “us” and “them.” We have visitor badges and are strictly forbidden from wearing orange or yellow because that’s what all of them are wearing. In jail, they don’t wear make-up, but tonight, they all were dressed and made up — beaming. I got to see them in a different situation than the low place in their lives where I usually meet them.

I didn’t have to visit them through a grainy video visit — I got to sit by them, hug their necks, and for a while, forget the bad and enjoy the good. The good food, good people, good tidings of the season, and good friends.

As I left, a kind guard allowed me to retrieve the bags of things I had purchased for her and bring them back in, since she was new there and had nothing.

Also, while I visited with Z and C, I learned what items on the allowed list they REALLY want and need. I left with my own list of needs, sizes, and even some things that they would just love to have.

I’ll still be calling on my fellow Santas to help be get some more of the items on the list. I will also be asking a couple of my friends to take notice and take a chance when Z and C come in to their business and complete an application with my name as a reference. They will both need to get a job soon — they PAY to live in this facility and they need spending money to provide for themselves such things a food, toiletries, etc.

I went hoping that I would be a blessing, but I got reacquainted with some old friends and made some new ones. I got to see people from another church serving with kindness — being the hands and feet of Jesus.

If you feel like nothing you do is ever good enough. That no matter how hard you try, someone is always going to be disappointed. That the more you do, the more people will expect….

Then maybe you are trying to please the wrong people. The two hours I spent in Community Corrections tonight has been the highlight of my week and may be the most beautiful part of this Christmas season for me.

It’s easy — expected even — to give gifts to our friends and loved ones. It may not be as natural to give gifts (necessities, luxuries, TIME) to those who don’t necessarily deserve it.

But selfless, unconditional gift-giving with no strings or obligations attached — no expectation of getting something in return… Isn’t that what the first Christmas was really about? Our senior pastor once convicted me with this advice: instead of wracking your brain to figure out what to get someone who has everything, why not give something to someone who has nothing?

Or be someone to one who has nobody?

UPDATE: Z is doing great now — back with her family, living in California. Her story is one of the most encouraging of all I’ve been blessed to witness and it will be told. Stay tuned.