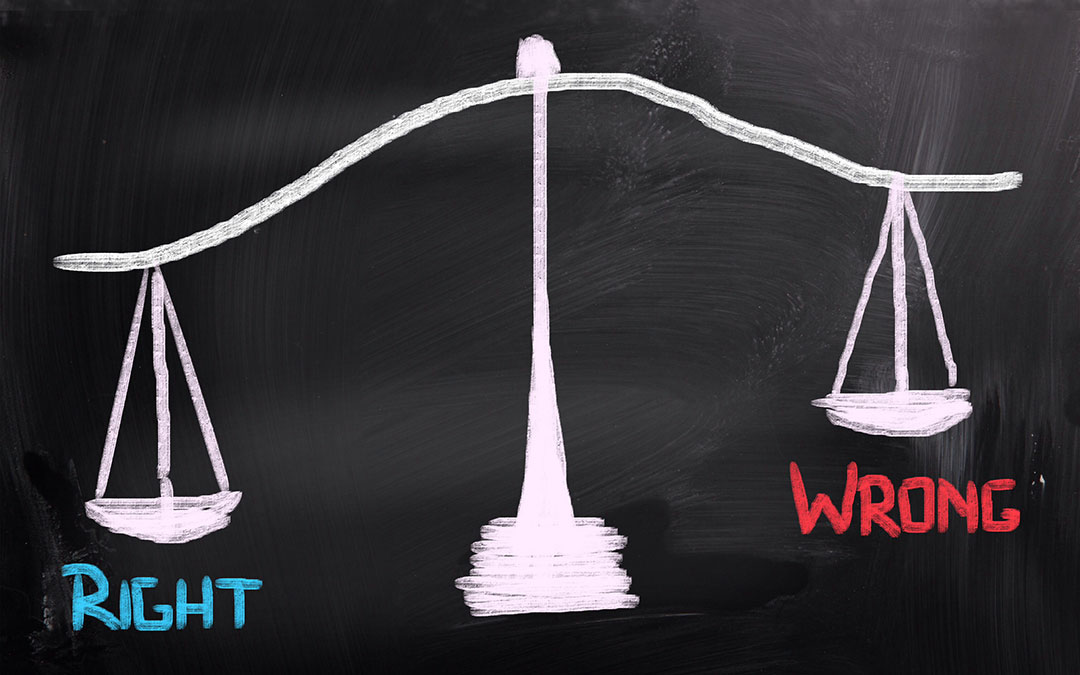 This might be the most vulnerable post I have ever written. I have shared stories about my food addiction, my morbid obesity, my extreme weight-loss attempts and ultimate success, and some of my deepest, darkest (though hilarious) thoughts. But, this — on this, I hesitated. I didn’t want to admit this truth to myself and I certainly didn’t want to admit it to the world. But I think it must be shared because it might help others.

As my closest friends and loved ones know, I have endured chronic neck pain for many years now. I have tried many treatments to manage it — chiropractic, exercise, physical and massage therapy, oils, injections, and medication. I haven’t alleviated it, but I manage it using a variety of these methods at any given time.

And, hard as it is for me to admit, I take pain medication daily. I take a prescription anti-inflammatory, one medication that affects some of the nerves (to stop the shooting pain that radiates from ground zero), and one that is a straight-up pain medication. Perhaps you’ve heard of it. In a society where doctors are being pressured to reduce the use of opioids, this seems to be a popular alternative. The medication is Ultram (generic, tramadol).

I am not going to get into the nuts and bolts of what it is or how it works. I don’t know all that, but I know that for me, it helps keep the pain tolerable and I trust the prescriber, who specializes in the type of pain. I see him every 6 months and have for years now. I am taking less than half of the maximum dose, but I take it daily because staying in front of the pain seems to be more effective than trying to treat it if I let it get bad first. At my doctor’s advice, I do try to take a few days off of it from time to time, mostly to slow the rate at which I am building tolerance to the medication and its efficacy. When I stop and start it, I inevitably have some nausea, which passes after a day or two.

My doctor tells me this medication behaves in many of the same ways as an opioid, but without the “high” that users experience with stronger, narcotic pain medications. However, tramadol is controlled in how it is dispensed as if it were in the same class as the stronger, more addictive pain medications. I always feel like I’m doing something taboo when I fill the prescription, thanks to the extra regulations governing it. It can’t be refilled early at all, a prescription is only good for 6 months (most are good for 12 months), I have to present my drivers license when I pick it up, and even my insurance company requires an override from my doctor to approve more than 2 fills per 90 days.

I understood all that, so when I saw my doctor exactly one week before Thanksgiving this year and he renewed my prescriptions, I knew the pharmacy wouldn’t be able to fill it for a few days. Therefore, I didn’t go straight there and waited until after I had received a text notification from my pharmacy that I had medications ready for pick-up. I’m going to cut to the chase here, but on Tuesday night, two days before Thanksgiving, I attempted to pick up my prescriptions, including the tramadol. At that time, I was told they needed an override from the doctor to fill it. I asked if I could bypass insurance and pay cash, but the pharmacist refused.

It was Tuesday before a holiday weekend, my doctor’s office was closed until Monday for Thanksgiving. And I had two pills left (I take 3-4/day). I had just been faced with the fact that I might not be able to get this medication until the following Monday after the holiday — nearly a week later. In the meantime, I was going to be hosting Thanksgiving dinner for our extended family. I had neither the time nor the desire to be in pain for that entire time. I panicked a little, I admit. I got short with the pharmacy technician as if it was her fault. I went through my purse, our medicine cabinet, anywhere I could think that I might have a reserve supply stashed, but found none. The reality remained: I had two pills to last me a week.

I determined that I would not call the doctor’s emergency line — I wasn’t going to interrupt someone’s holiday. I was a bit shaken to realize that, although I may not be physically addicted to this medication, I was most definitely dependent on its use. I was scared to realize how much this situation rattled my cage. Making the best of it, I used my other medications and treatments to try to manage the pain the best I could. Knowing stress could only make it worse, I prayed and tried to relax in spite of the situation.

On Thanksgiving Day, as we were finishing up dinner and visiting with our guests, I realized I was doing OK — better than I had expected. The ache was there, but it was tolerable. That evening, I got a text from a friend. She told me that she routinely picks up medications and delivers them to a homebound woman, stricken with chronic pain from neuropathy, degenerative disc disease, and fibromyalgia. The homebound woman needed prescriptions picked up and delivered the next day and asked if I might help. The pharmacy and the woman’s apartment are near my home and I was happy to agree.

I wondered if my own situation had not been to make me a little more compassionate to another person in pain. I couldn’t change my circumstances, but I could help another with hers. I had a feeling that I would recognize the names of the prescriptions I would be picking up, and sure enough, one of them was tramadol, the same medication I take and was greatly missing in my life. I picked up a bottle of 180 for her. I was required to present my ID as the person picking it up, and I mentioned to the pharmacist that I take this medication, too. I asked her if it would cause me any grief to have my license connected to both parties.

Her answer was matter-of-fact and delivered like a warning, “Not if they get where they are supposed to go.”

It had occurred to me just how easy it would have been for me to take a few of the pills out of the bottle. The recipient might notice, she might not, but even if she did, what are the odds the pharmacist would believe her bottle had been short? That prescription is double counted and the count initialed by two pharmacy staff. If it came to it, it would be my word against hers. It also occurred to me that even if I didn’t take any, the recipient could claim that I had, and considering the circumstances, there would certainly be a shadow of suspicion cast my way. But I decided for that possibility, I would trust God to protect me. I can’t control the actions of others, but I can control my own.

It hit me like a ton of bricks. It’s in moments like this that lives are changed.

A Heart for the Lost

I have been ministering to the women in the Hamilton County Jail since 2012. I have met so many women trapped in the chains of addition. Some of them were raised in households where they barely had a chance for a different future, but there have also been many women, who, before falling to addiction, had successful careers, happy families, served on the PTA — average women like me. Some of them became addicted after surgery, others as a means to cope with the stress of life. I’ve often wondered what could drive one to risk so much — to make a choice that cost them nearly everything.

It isn’t always your upbringing. It isn’t always poverty. It isn’t always years of bad choices. Sometimes, it happens in an instant, just like that in which I found myself that Black Friday. I wondered how many women are sitting in jail right now, thinking back to their own pivotal moment and wishing with everything they have that they could go back — wishing they still had that choice like I did…

I can honestly say, I was never really tempted to break the law and violate this trust — I’ve seen the cost, I’ve witnessed the fallout. I wouldn’t put my husband and daughter through that. I wouldn’t jeopardize the ministry to which God has called me. In fact, thanks to God and this moment, I had gained a greater understanding and a deeper compassion, for women who did make the other choice.

There but for the grace of God go I.

Purpose to Our Pain

One of the messages I try to share in ministry and to every person I meet is that God, if we ask Him to, will work everything for good in our lives if we love and trust Him (as promised in Romans 8:28). I don’t believe it was ever God’s will that His children would suffer — the pain and brokenness of this world are a result of sin and man exercising his will instead of seeking God’s. But because this world is broken, we will suffer. God may never answer my prayer and alleviate my neck pain, but He will give purpose to it. Because I have experienced pain, I am compassionate to others who suffer likewise. God allowed me to struggle with morbid obesity for a decade until I finally gave that struggle over to Him and committed my health to Him as an act of worship. My experience uniquely equipped me to help others find hope in their own situation. I’m always cold and I hate being cold, so I have a heart for people who don’t have coats and quality winter gear. I have collected and distributed coats and gloves to residents of our county’s work release program, many of whom walk or ride scooters to their jobs.

Suffering helps us relate to and empathize with others. Suffering spurs us to act when it is in our power to better the conditions for someone. As we act on these feelings and impulses, God gives purpose to our pain.

In 2 Corinthians 12, Paul divulges that he struggled with a, “thorn in the flesh,” the nature of which we do not know. He asked God to relieve him of it, but God did not answer Paul’s prayers that way. Three times, Paul asked, but Paul explains, beginning in verse 9,  “Each time he said, ‘My grace is all you need. My power works best in weakness.’ So now I am glad to boast about my weaknesses, so that the power of Christ can work through me. That’s why I take pleasure in my weaknesses, and in the insults, hardships, persecutions, and troubles that I suffer for Christ. For when I am weak, then I am strong.”

I will continue to pray that God would lessen the pain in my neck, but whether or not He does, I trust that He will give purpose to it and use it to grow my faith, make me a better disciple, and teach me to love and serve.