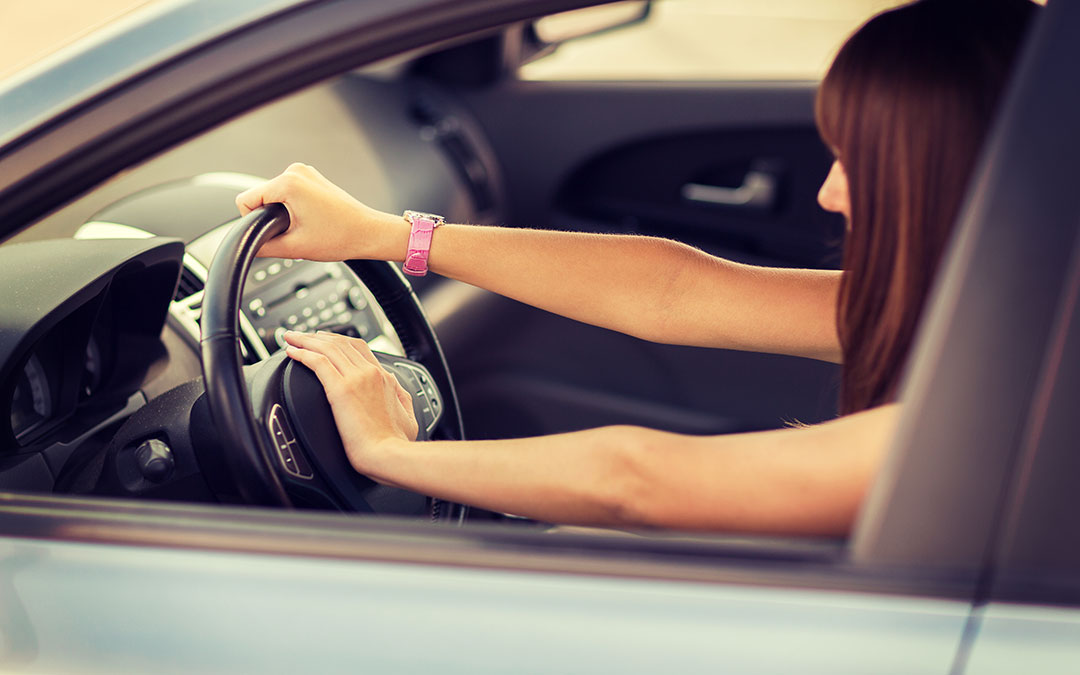 I am so far from being like Jesus Christ that I can’t even see the finish line from where I am. I’m not even close enough in my life to the only standard by which I should be judged that one can compare. But every day it is my prayer that I am at least moving in the right direction. And once in a while, I realize that the Holy Spirit really has been hard at work in my life — chiseling away at my heart of stone and replacing it with a softer, compassionate heart of flesh. The process has been slow as there was a lot of work to do and my stubborn humanness often resists, but progress has been made. I am not who I used to be and I’m glad. This morning, I had one of those moments when  I realized I was different. As I faced a familiar situation, my reaction was patently unfamiliar, and it was nice.

I left early this morning, hoping to have time to put gas in my car and still get a jump start on my day in the office. On a stretch of my commute where I always watch my speed because of an official warning I received a couple of years ago for exceeding the limit, I noticed that traffic was moving well below the posted 30 MPH. I wondered what the issue was, assuming a school bus or “Sunday driver.” As we crawled along around 20 MPH, I grew frustrated. So much for getting to work early — at this pace, I’d be lucky to be on time. As the traffic ahead of me ascended a hill, I spotted the front of our slow-moving train.

There, setting the painfully snail-like pace, was a moped, creeping along. There was no way that traffic could safely pass him on this stretch of road, and even if one or two cars did successfully get around him, I was a good 10 cars back. Still frustrated by being thwarted in my mission, I realized I might just have to accept this pace and that I would get to work when I got to work.

In that moment, memories came back to me of other times I had found myself in a situation like this. Times when I was stuck behind a school bus, a slow driver, a bicycle, or a moped. I have always struggled to control my temper, but in those instances, alone in the car, I found no reason to hold back. I would yell to no one, pump my fist, sometimes even punch the steering wheel. I greatly resented the circumstances (and the people) that inconvenienced me. After all, who did these people think they were — holding up a line of drivers who had places to go and people to see? I mentally constructed narratives about why drivers were taking a moped or riding a bicycle instead of driving a car.

“His car probably got repossessed because he lost all his paycheck at the track.”

“She probably got a DUI and can’t drive a car anymore.”

Or maybe they set out on their moped or bicycle for no other reason than to ruin my day. (Egomaniacal much?)

But today, I just resigned myself to the situation. And instead of making up judgmental stories about the poor soul up ahead on the moped, I felt bad for him or her. It was around 10 degrees outside, and while I was going to be spending a little extra time in my car, it was warm in there with the heat blowing full blast. I didn’t have to make my commute to work with the wind biting my face and the chill numbing my fingers like this person did. And I didn’t have a line of people behind me, cursing me for just being there.

But thanks to the work the Holy Spirit has done on my heart, I would not be one of those drivers. Instead, I said a little prayer for the driver —  for his safety, for his warmth, and for God’s blessing on His life.

And then something happened that broke my heart a little. Traffic started moving more quickly and I could see to my right that the moped driver had pulled over into a turn lane with his signal blinking. “Well, that’s good,” I thought. “He got to his turn.”

But he didn’t turn. He just stopped in the turn lane and then turned to see the line of traffic behind him. He had pulled over just to allow all of us to pass him. When he probably wanted nothing more than to get to his destination where he might be able to get warm, he humbly pulled over to let us all pass. I hope that nobody shot him a dirty look (or a crude gesture) while he stood there, but I know that once, I might have done that.

When I passed him, I gave a gentle wave and doubled down on the prayers I had been saying for him. And I thanked God for the lesson and for the work He has done in my life. Like a glacier moving across a continent (or a line of traffic behind a moped), the progress has happened so slowly it might not be noticed. I am grateful for situations like this that show me.